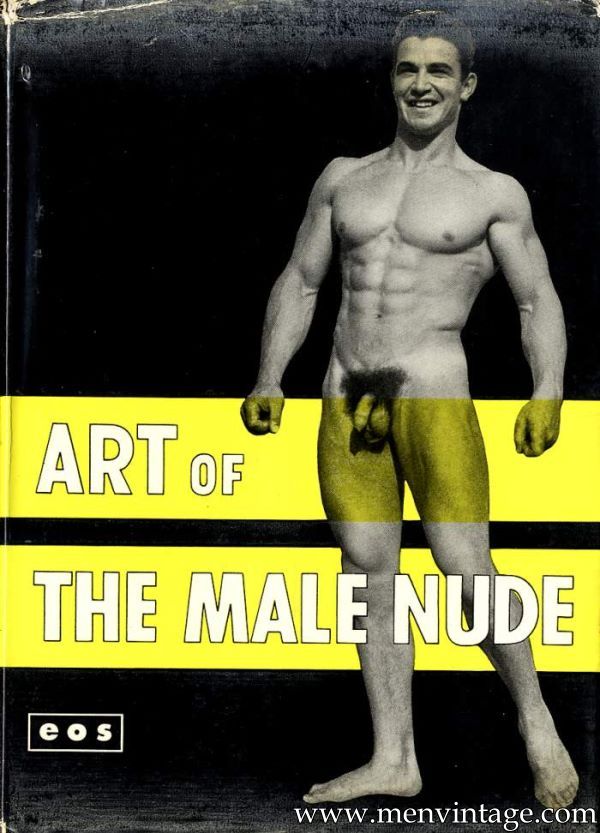 Previously published in the same series:

This is a horrible book, a repelling, wildly pornographic collection of filthy pictures. It must be banned, burned, destroyed. Clerks in the postal censorship offices will be terrified at the very sight of this book; they will seize it and lock themselves up in solitude to suck the horrible relevations of sin out of every single one of the almost one hundred photos published in this smutty volume. Goggle-eyed members of the police in countries outside Scandinavia will seize any copy they can get hold of; what they do with them after that is anyone’s guess

Is all this exaggerated? A nightmare vision according to Huxley? No, it is exactly what happened Anno Domini 1963, when we published “The Male Nude and Twelve Cameras”, the first of a series in which the present book is the second volume. The result was, of course, a publicity greater than money could buy, and the first volume was soon out of print. Every attempt to surpress the book turned out to be far more effective than a hundred full page advertisements in the leading newspapers.

If from this information you gather that we were thrilled with the panic sale of our publication, you are wrong. The perspective is anything but encouraging. On their ‘official’ fires on the street corners of Berlin during the 1930s; the Nazi hordes burned all books like this which they could get their claws upon. But today it is different; today the heretical books are not burned, they are only “seized”! Oh yes, surely times are changing but it is a pity that they change so little and so slowly

The reaction to “The Male Nude and Twelve Cameras” outside Scandinavia taught us the depressing facts of the times in which we live. The general attitude to photos of the male nude seems to be that artistic merit is something that ends at the waist and continues below the knees, caving the center parts as pink and sexless as those of a Kewpie doll It has always been difficult for us to share this point of view, maybe because we are Scandinavians, maybe simply because we are not hypocritical enough. Here in Scandinavia the book sold out slowly but steadily, exactly as planned. A nude man is no sensation in these degrees of latitude.

You may ask why we do not keep the sale of the books inside the borders of Scandinavia. We have two major reasons for not doing so. First, we feel that the bigoted, short-sighted authorities in the countries where nudity is prohibited should not be allowed to deprive their more enlightened countrymen of a pure and artistic impression of beauty. Secondly, we feel convinced that unless someone does something about the widespread hypocrisy, it will never fade away. We do not have any illusions that this little book will be able to change either attitudes to nudity or laws, but a thousand different books like this might be able to do so. After all, even the amount of hypocrisy must have a limit, and we hope that this book will become one of the thousands of pin-pricks that are needed if a natural and healthy attitude to nudity is ever to get a foothold.

Each photograph has been chosen on the basis of its intrinsic esthetic or artistic value. Special care has been taken to select photographic studies which represent a wide range and diversity of mood and tone. It is with purposeful intent that none of the models wears any form of clothing or other attire. Nothing is presented which is inconsistent with the editors’ intent to show natural, simple poses. For this reason, photos with exaggerated or bizarre gimmicks or props have not been included.

There are two major reasons for publishing this book. First, it is designed to counteract the effects of the narrow-minded and antiquated attitude which dictates that a naked man (let alone a photographic study of a naked man) is something “naughty” or obscene or pornographic. Secondly, it is the hope of the editors that this book will help to convince short-sighted, bigoted people that male nudes can and do have the same artistic merits and esthetic values which are attributed to photographic studies of female nudes. Above all, this book has been published in order to give its owner a lasting impression of beauty – and this alone should be sufficient justification for its publication. 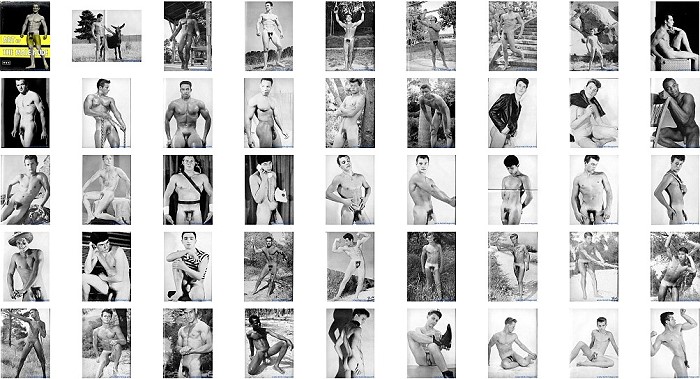